Talari are one of the original vendors of a new network architecture product; SD-WAN. Sherpa were appointed to deliver Talari's first ever UK-based campaign to promote SD-WAN.

Using account based marketing, paid social and paid search, we planned to target the audience towards a landing page and retarget non-converting audiences across social and display.

"Talari is a fast-growing tech vendor that’s successful in the US, but wanted to explore the UK market and use it as a springboard into the rest of Europe. Our job as the agency was to put some quantifiable numbers around the campaign's leads and then translate that into pipeline opportunities" -Tom Perry, CEO, Sherpa

The campaign ran for 12 weeks from July-September 2017 with a social budget of $15k. We pushed the report through Facebook, Twitter, LinkedIn, Google Display and Adwords.

Leads were collected, evaluated and nurtured in Marketo and Salesforce; managed by our inside sales team. This ensured that the follow-up process was seamless as the requirement for handing MQLs over to the client sales team was eliminated. 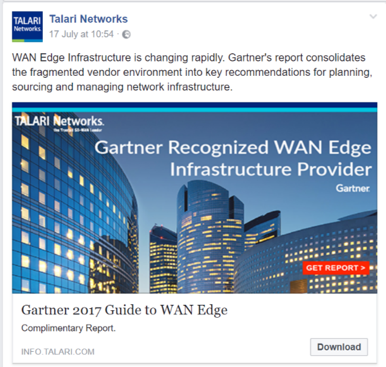 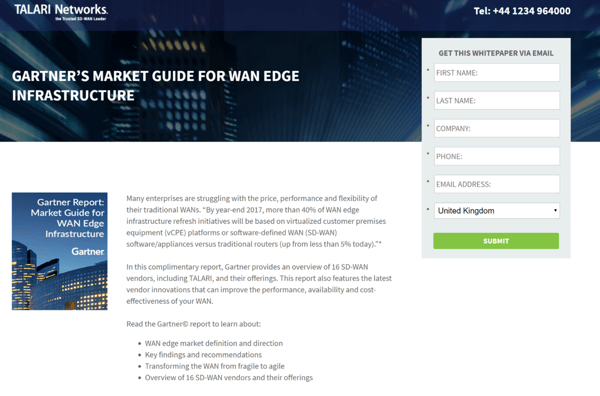 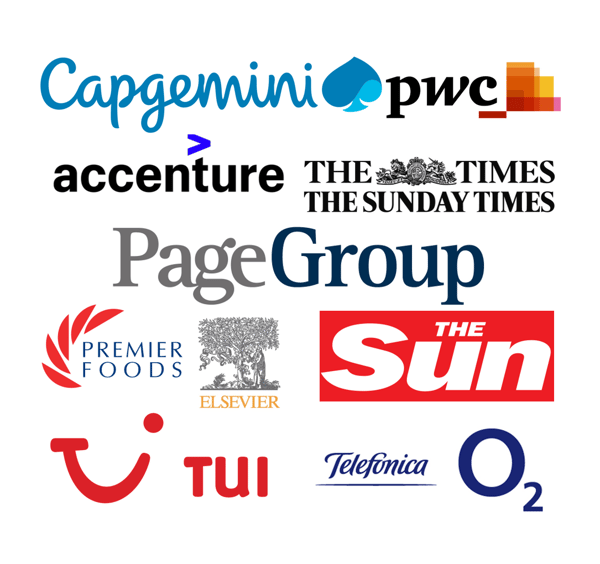 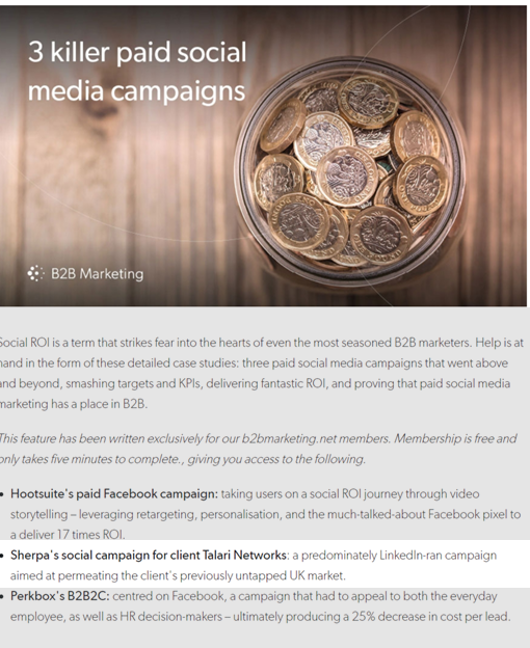