Established over 25 years ago, AVMI now has eight international offices and over 400 team members.

We planned, created and implemented a six-week campaign, using two marketing platforms, HubSpot and Adestra, as well as LinkedIn.

Our team created bespoke emails, landing pages and thank you pages, specifically tailored towards AVMI and their customers. Nine separate sponsored ads and one InMail message were also created, inline with the email campaigns.

“AVMI recently worked with Sherpa for the first time on a lead generation campaign to promote the Microsoft Surface Hub, utilising a mixture of email and social to generate interest amongst professional services firms. Having delivered the campaign in a very short period of time, I have found the team to be highly responsive, flexible and easy to work with. The campaign has sparked a number of conversations which we are now following up on.” 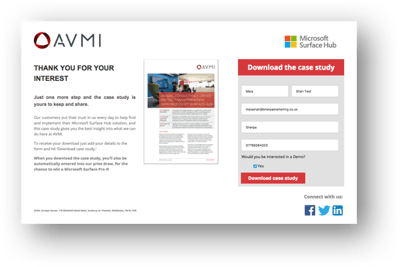 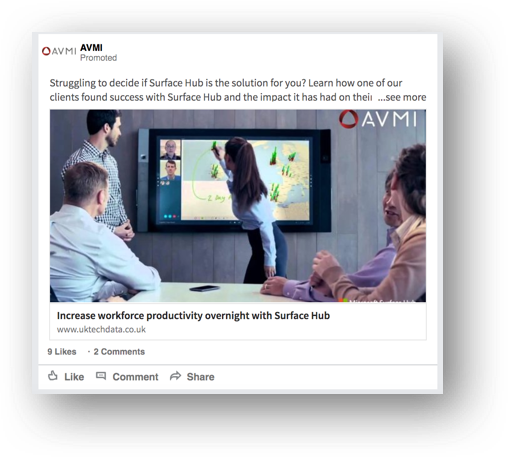 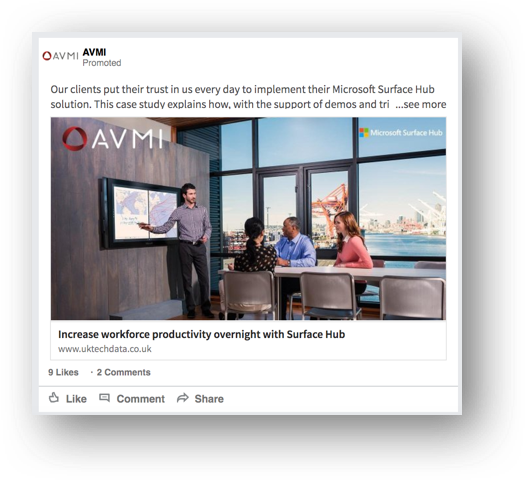 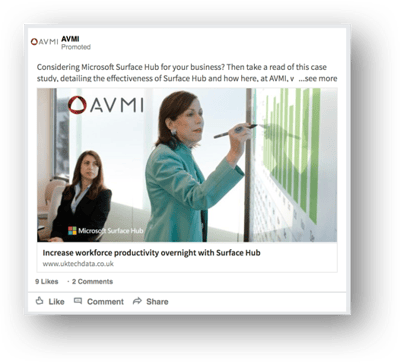